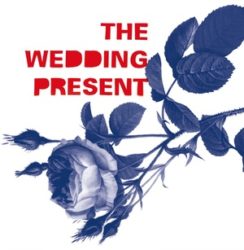 Includes CD. George Best became The Wedding Present’s first album in 1988. But Tommy, released one year later, was made up of the early songs from the singles and radio sessions that had catapulted them from being bedsit musicians into indie darlings: “Go Out And Get ‘Em, Boy!” with its purposefully super-fast guitars, “You Should Always Keep In Touch With Your Friends” an anthem for those long time Wedding Present fans, “My Favourite Dress” the only single in the collection that ended up on George Best, the classic, fraught tale of losing one’s first love that perfectly played on the heart strings and began David Gedge’s legacy of understanding everyone’s heartbreak. Tommy 30, a brand-new re-recording of Tommy, did not come about simply as a “follow on” to George Best 30 (SCOPITONE 074CD, 2017). The band felt, during a Tommy 30th anniversary concert tour, that the songs had grown and evolved. Enter a more confident vocalist… an altogether growlier guitar. A bigger sound. The urgency of a 25-year-old Gedge is replaced with a charming vocalist with years of experience. Everything’s warmer and, maybe, gentler… but in a satisfying way. It’s like your old friends have come home to see you.