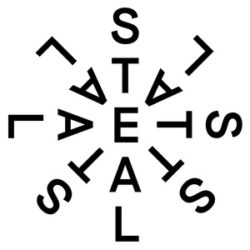 Vtgnike is Danil Avramov, born in Vladimir, Russia. “Started actively making music in 2010 after moving to Moscow. After releasing couple of EPs under different monikers, got a few Vtgnike DIY CDs (one of those probably got into Nico’s ears in NY) and I’ve got the beautiful Dubna LP on Other People (OP 004CD/LP, 2014) (yes really still think it’s a great record) and few months after its release, I got in jail because of drug charges dated in 2009. Long story here. I’m 100% on weed legalization and decriminalization of other drugs in a logically gentle and mentally stable society (and the world is not equal, it’s diverse and I respect all non-violent cultures 🙂 Got free in 2016 (thanks to everyone involved and Nico) and got another album with a Gostzvuk fam. I am a proud resident of NII club. In producing, I’ve been switching music genres all my life — electronic music that has a flow in it, doesn’t need to be glued to any specific range of bpm, etc.”