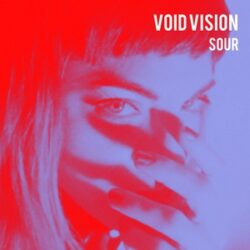 2020 version; black vinyl and alternative cover. Originally released in 2014. Void Vision is a Philadelphia based solo female minimal synth/cold wave project from Shari Wallin. Already included by Rough Trade in their seminal Synth Wave compilations, the single anticipated her full-length Sub Rosa for Mannequin Records. “Sour” was featured in the acclaimed Wild Wild Country Netflix series in 2018. Music supervisor Chris Swanson about the track: “We were having a hard time finding a song for that scene, actually. We had a Future Islands track originally in that scene, I think, but I remember we were having a hard time getting the tone right… because there were objectives with regards to the narrative… we wanted a good beat, a sense of time but also conforming to the time. I think of all the songs [in WWC], the Void Vision song is the one that stands out… because it was different yet it sold the story that we were trying to tell.” Remix by Vanzetti & Sacco, aka Jos Van Galen with the Otto Kraanen, the boss of the acclaimed Bordello A Parigi from Rotterdam. Edition of 500.