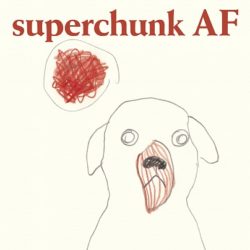 We’re so excited to share with you the second of our special 30th Anniversary releases.

The band that started it all, Superchunk, is back with a surprise new studio album! Acoustic Foolish is a complete re-recording of their classic 1994 album, Foolish. Long considered to be one of the most tender and well-received albums in their storied history, the band was interested in re-exploring what the songs mean to them 25 years later. To quote bandleader Mac McCaughan, don’t expect some kinda “acoustic demos recorded 25 years after the fact” thing here…. This is full-band with new arrangements and contributions from some heavy hitters. Guest vocals are contributed by Jenn Wasner (Wye Oak, Flock of Dimes) and Allison Crutchfield (Swearin’, P.S. Eliot). Owen Pallett (the Mountain Goats, Frank Ocean, Arcade Fire) provides lush string arrangements while Peter Holsapple (The dB’s, R.E.M.) plays piano and Matt Douglas (the Mountain Goats) is on saxophone.