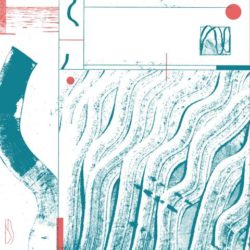 It’s safe to say that Steven Legget has been somewhat measured in his approach to releasing music. The Newcastle native was behind the Four Hands moniker, with releases alongside iconic industrial figures Zoviet France on Signals From The North and the classic ‘Hizou’ on Claremont 56 back at the turn of the decade.

Now, this Firecracker Recordings release highlights a fully realised body of work, only hinted at by the aforementioned projects. Starting life as a performance in Turkish Baths located in Newcastle upon Tyne’s City Pool, one of the last remaining civil saunas in the country, Legget has created a textured, melodic and immersive eulogy to the woozy, slow motion, drug free endorphin rush of the bath house. Pieces from this performance, alongside field recordings collected on the islands of Paxos and Loutro, South Crete are reimagined as a luscious ambient music.