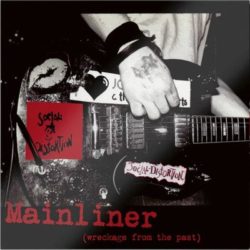 Formed in 1979, Social Distortion have come to be known for their distinctive brand of hard rockabilly and punk that’s cut with frontman Mike Ness’ melodic lyrics, chronicling hard-luck tales of love, loss and lessons learned. This collection comprises early singles and B-sides originally released circa 1981 to 1983, including “1945,” “Moral Threat,” and the cover of the Rolling Stones’ “Under My Thumb.”