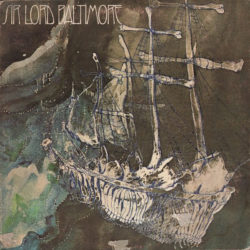 Sir Lord Baltimore was a pioneering American heavy metal band from Brooklyn, New York, formed in 1968 by lead vocalist/drummer John Garner, guitarist Louis Dambra, and bass player Gary Justin. Released in 1970 on Mercury Records, ‘Kingdom Come’ features very fast-paced, rhythm & blues-based rock’n’roll with distortion in both the guitar and bass. Their style of rock was considerably different from the majority of that era’s: so much that a 1971 review of this record, contained the first documented use of the term “heavy metal” to refer to a style of music.