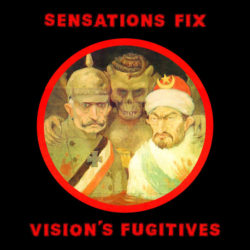 Available again! Here’s a repress of the 1977 album by Italian prog/kraut rock band Sensations’ Fix, featuring an entire new mix by Franco Falsini. Franco Falsini’s band was one of the most mysterious and enthralling entities to come out of Italy’s rich ’70s prog rock scene. Though many of the group’s contemporaries (f.i. PFM, Le Orme, or Osanna) based their styles on the British sound of ELP, Genesis or Soft Machine, the music of Sensations’ Fix leaned stronger towards the experimental tendencies of German bands s.a. Neu!, Can, Amon Düül II, or the more adventurous directions those musicians took with later projects such as Cluster or La Düsseldorf.