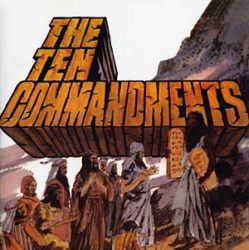 2019 repress … First-ever vinyl reissue of this UK 1971 album, originally released on the Youngblood label. Based on The Ten Commandments, though not proven to be Christian rock itself, the album is a nice progressive pop-rock disc showing the influence of Deep Purple and The Moody Blues, with a good dose of organ, guitar and brass. Fantastic, limited reissue in a four-way foldout poster-type picture cover, housed in a deluxe PVC outer sleeve. 180 gram vinyl, newly-remastered sound from master tapes, including an insert with liner notes by Andy Morten.