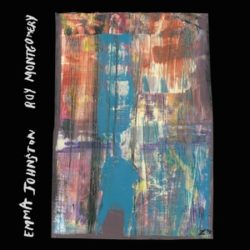 New album by New Zealand composer and guitarist Roy Montgomery in close collaboration with Emma Johnston. After Nietzsche is a response to Nietzsche’s assertion in Twilight of the Idols (1889) that “Without music, life would be a mistake.” Roy Montgomery and Emma Johnston recast this as “Life is a mistake set to music” and they take issue with one of Nietzsche’s principal tenets concerning fate. After Nietzsche is in a way the sister-album to 2018’s Suffuse, where Montgomery composes songs for guest vocalists. Only this time it’s in close partnership with Emma Johnston. Montgomery’s distinctive, interweaving guitar play is set as background for Emma Johnston’s angelic vocals and experimentations. Swimming through the four tracks of the album, it’s surprising to notice how different they are. The opening track could have been plucked from one of Montgomery’s ’80s projects, while the rest of the A side takes you into more shadowy territory. “Realm Of The Senses” with its slow strumming and echoing vocals evokes Grouper, and the title track, with dramatic vocals and strings, cleverly builds up to a climax that never happens. The last song clocking in at just over twenty minutes is a post-postmodern duet between the two musicians in a dark philosophical mood. Included insert with lyrics; Calligraphy by Liz Harris (Grouper); Cover by Trudi Cameron. Mastering by Kris Delacourt. Edition of 500.