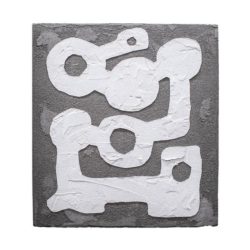 Brand new 3-track 12′ from Ross from Friends on Flying Lotus’s Brainfeeder imprint.Ross From Friends’ Epiphany EP is sleeker, tougher and more dancefloor-focused than his acclaimed debut album Family Portrait (Brainfeeder 2018) but his signature warmth and personality is ever present. The British producer featured prominently in Brainfeeder’s tenth anniversary celebrations in 2018, contributing an original track ‘Squaz’ and a killer remix of Thundercat’s ‘Friend Zone’ to the Brainfeeder X compilation, and performing the closing set at the sold-out Brainfeeder X party in London. 2019 has seen Ross From Friends make his debut at Coachella in March and he is fresh off the back of triumphant appearances at Glastonbury Festival (UK) and Sonár (ES). His 2019 North America headline tour is scheduled for September.