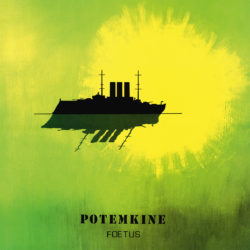 Melting jazz, rock and zeuhl influences, the French band Potemkine released its first album in 1976. Far from their early days as a garage cover band, this masterpiece was the beginning of a singular musical odyssey lead by the Goubin brothers. For fans of Magma or Weather Report. Comes on 180 gram vinyl.