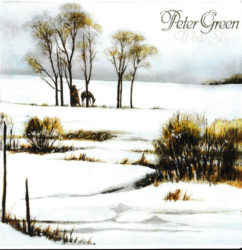 White Sky is the fifth solo album by Fleetwood Mac founder Peter Green. This time he is more focused on rock music, with all the songs written by his brother Mike. It’s not his most innovative record, but one where he just shows another side of his musical abilities.