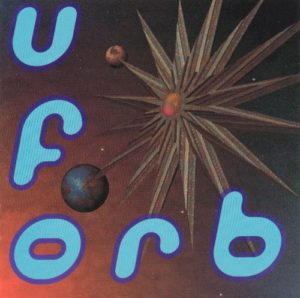 The commercial and artistic peak of the ambient-house movement, U.F.Orb strides past the debut with more periods of free-form ambience and less reliance on a standard 4/4 beat. From the opening “O.O.B.E.” through the bass-heavy gait of “Blue Room” and “Towers of Dub,” the flow is more natural and ranges farther than most would have expected. The bevy of contributors (including Steve Hillage, Jah Wobble, Youth, Thomas Fehlmann, and Slam) never threatens to overload the proceedings, though the minimalist sampling of Ultraworld is replaced by a production focus much more dense and busy, especially on the “rain forest on Saturn” ethno-ambience of “Close Encounters.” Elsewhere, Paterson maintains his fascination with the earthy dub basslines of Mad Professor and Lee Perry, even while he’s indulging in flights of fancy indebted to Sun Ra.