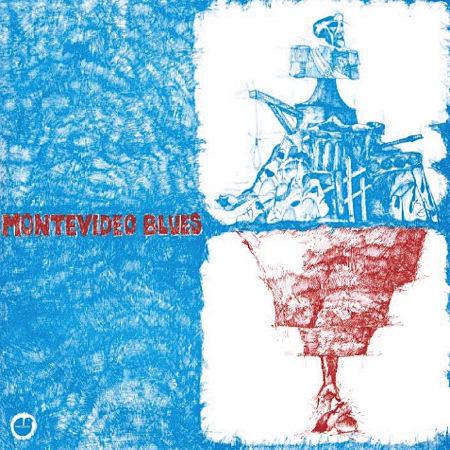 “The one and only album by MONTEVIDEO BLUES (1972) is a serious contender as one of the most important, and as it happens, most grooving records released in Uruguay. It’s also incredibly rare, fetching big prices when it appears, which is almost never. But there is another reason that the album has attained exalted status: Montevideo Blues was founded by Uruguayan song-writing legend GASTON “DINO” CIARLO as a way to fuse the rawness of rock music with obscure native Uruguayan rhythms like malambo, milonga and chamarrita. Montevideo Blues demonstrated an unyielding and combative attitude. During live shows in 1971, Dino criticized the government—a dangerous level of political commitment, reflected in the lyrics of the songs, some of the most radical ever set to music. The album opens with one of Dino’s most famous songs ‘Milonga de Pelo Largo’ (‘Milonga of the Long Hair’), a sinuous groove transformed by the arrival of the dictatorship into a hymn of Uruguayan popular resistance. The rest of the album tracks—the fantastic ‘Para Hacer Mùsica, Para Hacer’ and ‘Un Color’ are standouts—have an edgy quality, with terrific unconventional angular guitar and a kind of ragged glory, driven along by insistent grooving rhythms. Insert is packed with photos, detailed band history, and bi-lingual lyrics for this important Uruguayan band. Limited edition of 500 copies.”