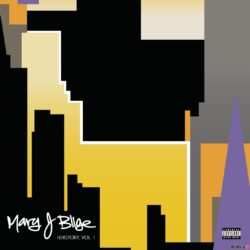 From her debut, which established her as the Queen Of Hip-Hop soul, Singer/Songwriter, Actress, and Philanthropist Mary J. Blige has remained a global symbol of female empowerment and perseverance. HERstory, the 7 inch boxset collection of 16 hits and rare remixes, is a highly curated look into the multi-faceted sounds of an unforgettable era in music. From her solo hits like “You Remind Me”, to the remix of “What’s The 411” featuring Notorious B.I.G and K-CI (of K-Ci & Jodeci) the box set is a definitive look at a moment in time when sounds were coalescing and Mary was establishing herself as a tour de force in R&B. The box set features 8 individual 7inch LP’s on standard black vinyl, in a beautiful package that celebrates Mary’s Bronx, New York roots.