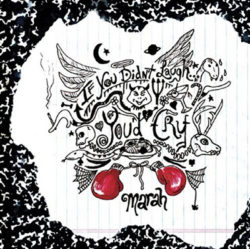 Over the past decade we wrote and recorded two records on broken gear, played hundreds of shows touring in a van, made another self-produced record, one big-name-producer record, and had so many rotating band members we get dizzy just thinking about it. So, going into album number five, we decided to try something a bit different – something we’ve been talking about doing for quite a while – recording the band live in the studio. Swift and raw. And so we did. The result? The record you hold in your hands, If You Didn’t Laugh, You’d Cry, a folk-punk collection of our most personal, introspective songs to date, all recorded in one or two takes in a very short amount of time (by Marah standards, at least!). We think this is the record our fans have been waiting for and we can’t wait to get this show out on the road