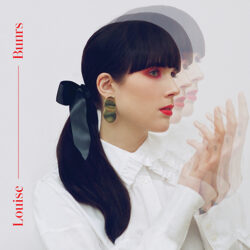 Louise Burns says she is rarely confessional with her songs, but writing her newest and fourth solo album, Portraits, forced her to open up more than ever before.

To write the record, the Vancouver-based singer returned to Los Angeles, the city where she got her big break at an early age as the bass player in pop band Lillix. It’s a city that brings about many mixed feelings for Burns: a life in the music-industry machine is chock-full of its ups and downs.

But today, as a seasoned songwriter, Burns is able to focus these emotions straight into her writing, creating lush dream-pop, post-punk soundscapes on Portraits that are autobiographical in nature.