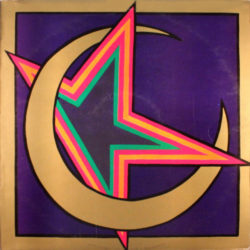 Originally released in 1972, now back on vinyl, here’s the self-titled LP by Arthur Brown’s Kingdom Come. This was the last recording of the original ‘Galactic Zoo Dossier’ line-up, seeing the band developing even further into the prog and psychedelia from the first album, and stretching out into an almost Zappa-esque orbit. Also featured are two of Arthur’s
most poignant recordings, namely ‘Love Is A Spirit That Will Never Die’ and ‘The Whirlpool’. This edition comes with remastered sound, original artwork and an additional insert.