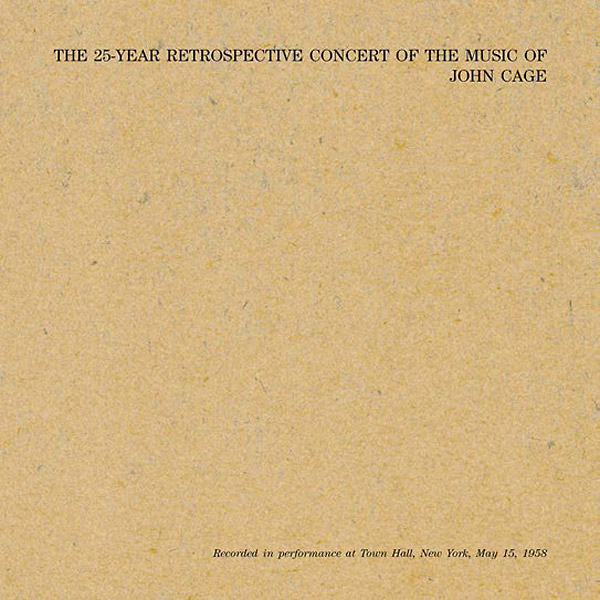 Recorded live in the town hall of New York City on May 15, 1958, this historic concert (organized by Jasper Johns and Robert Rauschenberg) was a retrospective of Cage’s work from 1934 to 1958. Here Cage’s interest in technology, Eastern philosophies, and the concept of “silence” and “chance” as related to composition come to the fore as Cage performs some of the most significant and controversial pieces of his career, several of which (“Six Short Inventions for Seven Instruments,” “She Is Asleep,” “Music for Carillon,” and “Concerto for Piano and Orchestra”) were performed here for the first time ever. Box includes two 180-gram LPs and a 12-page book containing comments by John Cage himself. Limited numbered edition of 500.