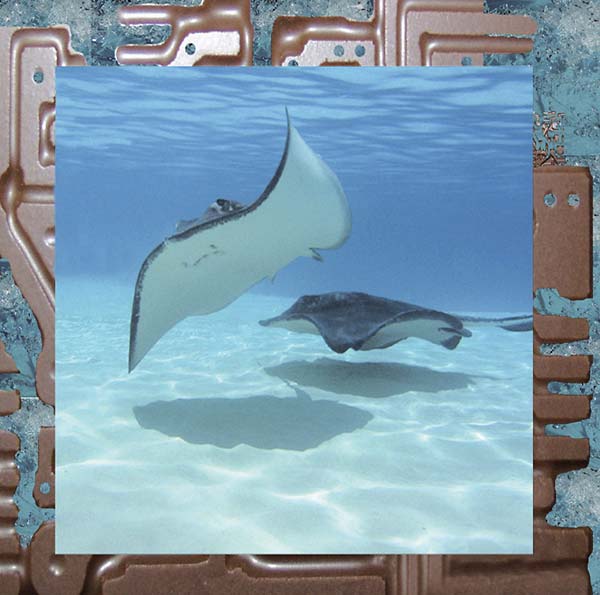 Aguirre Records present a reissue and the first vinyl release of James Ferraro’s Rerex, originally released in 2009. James Ferraro is an experimental musician, composer and virtual atmospherist born in Bronx, New York. Ferraro has released material under a wide array of aliases, and was a member of the Californian two-piece avant-garde project The Skaters. His album Far Side Virtual (2011) was chosen as “Album of the Year” by the UK’s Wire Magazine in 2011. Ferraro has been producing small runs of releases on cassette, CD-R, and VHS with a wide variety of styles all representing different dreams of a demonic mind tower spanning from freak flesh bodybuilder atmospheres to ambient modern world/psych. First on New Age Tapes and later on MuscleWork Inc., self-run cassette/CD-R labels primarily used for releasing small runs of his solo work. In the summer of 2009, Ferraro composed and recorded the “Summer Headrush Series” in Antwerp, Belgium for Musclework Inc. The series is loosely based on visualizations that came to mind while receiving self-induced hypocapnia (aka, choking oneself) or as it’s commonly called “free fall”. The albums being representatives of the free fall head space. Other albums from the Headrush Series are: Body Fusion 1 and 2, iAsia, Wild World, Son of Dracula and Hacker Track. The Rerex album is vintage hypnagogic Ferraro and with its length (almost three hours), it may be considered a “magnum opus” of his. Using cheap casio keyboards, loops, effects and difficult to trace samples, Ferraro creates a slightly haunting but oh-so beautiful musical world. Please use headphones for a dynamic HD headphone experience. Artwork by James Ferraro. Mastered and lacquer cut by Christoph Grote-Beverborg at Dubplates & Mastering. Lay-out by Jeroen Wille. Edition of 500.