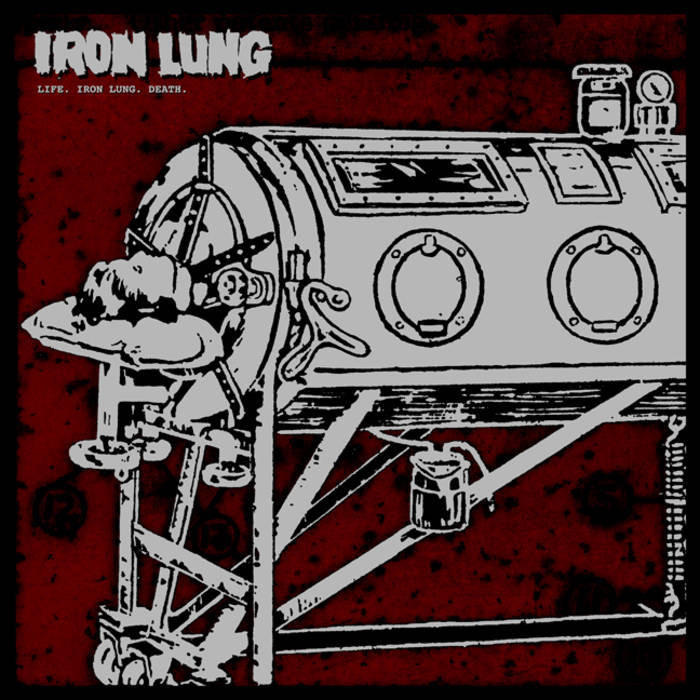 “I may have a million ways of saying brutal, but “Life. Iron Lung. Death.” has left me damn near speechless. Anyone who reads this zine (InMusicWeTrust.com) with any frequency knows that I live for IRON LUNG. In fact, I have been known to mark time by using IRON LUNG releases as reference points. Some of you may have thought me a bit daft. Some of you may have thought I “overdid” it in my praise of the band. Well, HA HA HA! Once you listen to this album, you’ll see that I was RIGHT and you were WRONG! There simply aren’t enough words of praise in the English language for me to adequately sing the praises of this album. Jon and Jensen have outdone themselves. Literally. Some of the moments on this are the fastest IRON LUNG have ever tackled and others are the most sludge filled. So many extreme bands seem to reach a cruising speed early in their careers and then just ride it out. IRON LUNG, by contrast, keeps pushing harder and faster each year. The band takes the momentum of the split LP with LANA DAGALES (the band’s finest work until now) and cranks everything up one more notch. If you are one of the unlucky ones who have not yet learned to breathe with an IRON LUNG, then this is the perfect album to start with.” -Jeb Branin 2004
Lovingly remastered and recut, housed in a high test tip-on sleeve. A classic finally available again in the proper form. 400 on black, 100 on green.