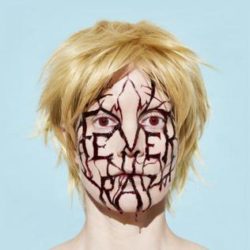 From the beginning, Dreijer’s solo music has carried a supernatural charge: Her pitch-shifted voice and chiming parallel fifths are enough to make the hairs on your arm stand on end, as though you had been visited by a ghost. The idea of Fever Ray as a kind of transcendental mood music was reinforced by the use of “If I Had a Heart,” the opening song from Dreijer’s 2009 solo debut, in the opening titles of the History Channel series “Vikings.” If anything, the choice of the song felt like cheating: No matter how striking the visuals, they paled beneath the song’s powerful sway. More than merely atmospheric, Dreijer’s vivid sonics and imagistic lyrics tend to conjure entire worlds: Hit “play” and be instantly transported to a world of heavy skies, visiting magpies, velvet mites.