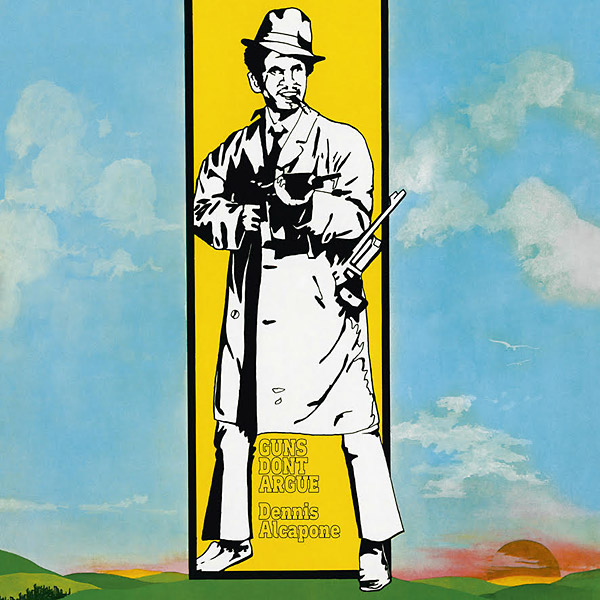 LP version. Radiation Roots present a reissue of Dennis A’s Guns Don’t Argue, originally released in 1971. Cementing his reputation as the star toaster with the small but popular El Paso sound system, based in the Waltham Park area, Dennis Alcapone was one of the first deejays to rise to prominence following U Roy’s breakthrough in the late 1960s. Born Dennis Smith in the rural district of Culloden, he became immersed in sound system culture after settling in western Kingston. Once El Paso became big on the sound system circuit, dental technician-turned-producer Keith Hudson brought him into the studio for his debut recordings, which led to a debut album for Studio One and hit material for Duke Reid, some cut in concert with his deejay sparring partner, Lizzy. Alcapone’s longstanding links with Bunny Lee yielded the excellent Guns Don’t Argue album, first issued in 1972, on which the toaster raps with style over some of Lee’s all-time greatest rhythms, including Delroy Wilson’s “Better Must Come”, John Holt’s “Left With A Broken Heart”, and Slim Smith’s rendition of the Temptations’ soul classic “Ain’t Too Proud To Beg”.