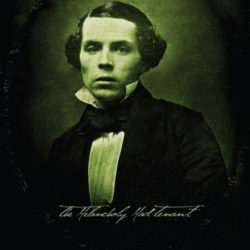 First-time complete vinyl issue of the whole collaboration! In 1984 VORTEX CAMPAIGN invited COIL and THE NEW BLOCKADERS to collaborate. The result, which was unofficially referred to as Dolbied, was released privately on cassette in an edition of 50. The release has since gone on to become legendary, showcasing two of the most influential groups in the scene at the early stages of their development. The Melancholy Mad Tenant is an authorized release, sanctioned by all three groups. The tracks have been professionally re-mastered and in addition to the COIL/THE NEW BLOCKADERS/VORTEX CAMPAIGN collaboration it also contains the entire VC archive, including two previously unreleased tracks. This wooden box edition hand-numbered and strictly limited to 100 copies only.