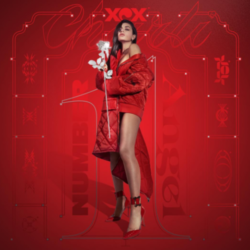 Number One rebel, Charli XCX returned with an excellent surprise mixtape. The collection felt like a catch-up on everything she had been doing since her last full length album, 2014’sSucker, specifically working with members of the experimental dance-pop collective PC Music and releasing more hip-hop-leaning promotional singles. With all its eccentric beats and bubblegum,Number 1 Angel feels like the purest distillation of the U.K. star’s leftfield pop brilliance, whether she’s having an EDM sugar rush with Sophie and up-and-coming rapper Cupcakke on “Lipgloss” or swimming in a romantically dreamy post-club haze with Mø on “3AM (Pull Up).” B.S.