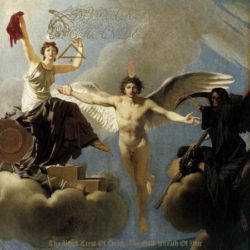 Originally released in 2011 on the Tour de Garde label, DEPARTURE CHANDELIER’s demo recording, The Black Crest of Death, the Gold Wreath of War, was recorded in 2010, a year after Antichrist Rise To Power, the band’s recently released debut full-length completed in 2009. With slightly heavier production than the […] 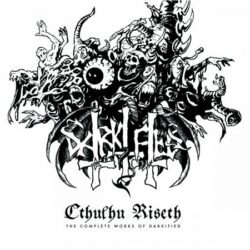 An omnibus of DARKIFIED’s complete studio recordings, eight tracks of Swedish black death metal recorded between 1991 and 1992. The Dark demo and the Sleep Forever 7-inch on a 12-inch LP. Darkified was only around for a short time but they released some of the best Swedish death metal songs […] 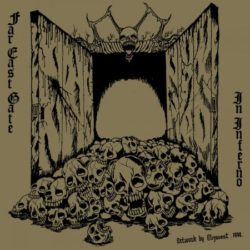 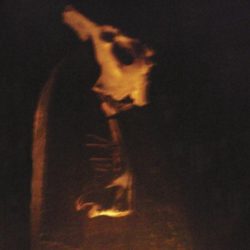 Prior to the release of GRAVE UPHEAVAL’s first two albums in 2013 and 2018, respectively, the band had already firmly established its uniquely-recognizable brand of leaden death metal with its self-titled demo from 2010 and two split recordings with Encoffination and Manticore from the subsequent two years. These three recordings […] 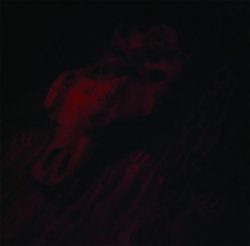 GRAVE UPHEAVAL’s debut LP is far more than a mere extrapolation of the work featured on the band’s exceptional 2010 demo and its two subsequent split EPs. Listening to this LP cannot be a passive experience; Grave Upheaval constructs an environment within which the listener is subsumed. The tracks on […] 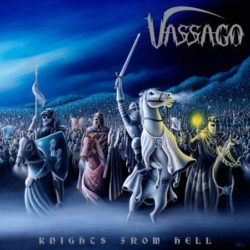 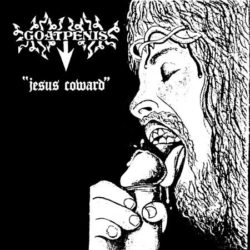 At last, the long-overdue and first-ever vinyl reissue of the final and most significant of the original three GOATPENIS demos from the early 1990s is unleashed. Jesus Coward, along with the debut album, Inhumanization, is widely considered to be among the very best of Goatpenis’s output. This represents the initial […] 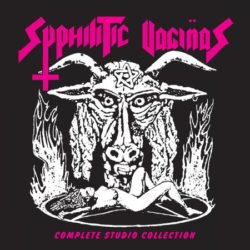 BAAlthough SYPHILITIC VAGINAS has produced two full-length albums in its thirteen-year history, it is probably most recognized for the much more prolific number of EPs and split recordings that it has released during that time. Five of the earliest of these recordings, along with eight previously unreleased tracks, were first […] 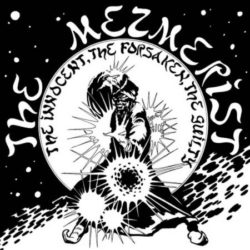 The Mezmerist “The Innocent, The Foresaken, The Guilty” (Nuclear War Now!)

Very few obscure relics of early-1980s U.S. heavy metal are as storied as those of THE MEZMERIST, a band long shrouded in a mystique that is befitting of its name. Under the creative direction and songwriting of founder/guitarist/vocalist TOMMY MEZMERCARDO, The Mezmerist recorded two EPs and a short demo between […] 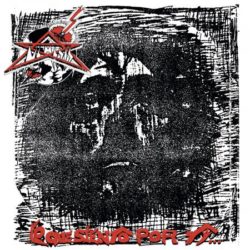 A compilation of the only two studio recordings from this obscure Colombian cult of raw, hostile black/death/thrash metal. By now, most fans of extreme metal are familiar with the “ultrametal” style that flourished in Colombia in the late 1980s and early 1990s. Medellín was the central node for this scene, […] 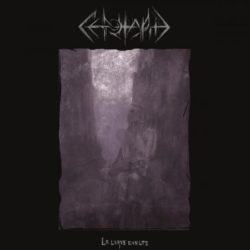 This is where it all began for the French duo CÉNOTAPHE. La Larve Exulte, their first demo, originally released on tape by now-defunct label Kuunpalvelus, consists of four tracks (approx. 24 minutes), recorded between 2015 and 2016. The fundamental elements of Cenotaphe’s music are already in place on this demo, […] 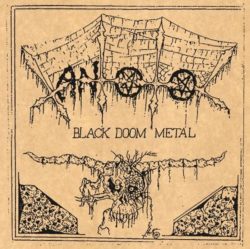 Though relatively small in terms of population and geographic size, Poland made a significant contribution to the development of Black Metal. As the genre matured throughout the 1990s, Poland delivered to the world some of the most earnest and stylistically varied Black Metal the scene has ever known. Among the […] 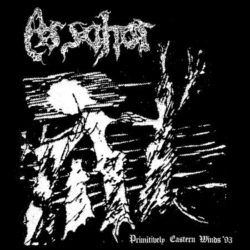 Whereas the second wave of black metal of the early 1990s is most commonly associated with the notorious scene in Norway and, to a somewhat lesser extent, other countries of Europe and North America, a more minor degree of attention is given to similarly potent movements that were emerging in […] 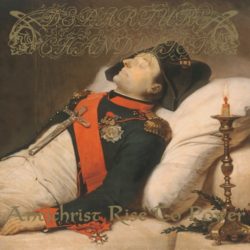 Departure Chandelier’s music shimmers with the aesthetic ardor of apotheosis. It is a communion with the deceased, tracing the pathway of life transmuted into death over dishonor. Although comprised of members of Akitsa and Ash Pool, Departure Chandelier is wholly unique in style and substance and bears little overt resemblance […] 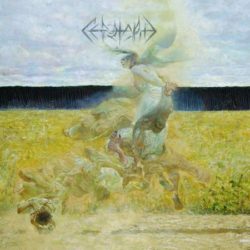 Over the last several years, France’s CENOTAPHE have unassumingly become one of the most promising new voices in black metal. Operating as a duo—each member with a long and distinguished résumé trailing behind him—multi-instrumentalist FOG performs all of the music, while KHAOSGOTT handles the vocals. The band’s auspicious prior releases […] 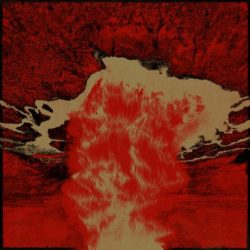 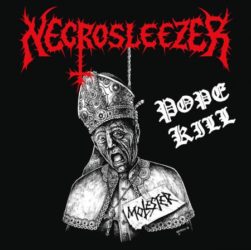 The infamous 1998 recording, alternately known as “Recruit for Conflict,” from members of BLASPHEMY, five years after its temporary dissolution in 1993. The only recordings from Blasphemy members during their long hiatus between 1993-1999. A more repetitive and hypnotic brand of black metal than that of Blasphemy, and one that […] 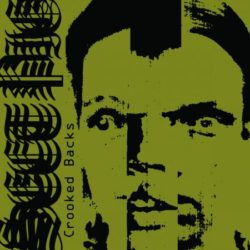 The third and strongest release to date from the unrivalled purveyors of violent, frenzied, and hallucinatory black metal. A psychotic aural journey to the depths of mankind’s depravity. 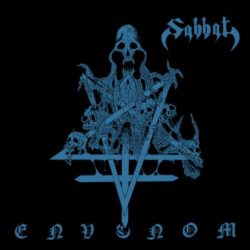 The iconic debut album of “Sabbatical Blacking Metal” and the first in a series of definitive reissues of early Sabbat LPs, featuring a layout that remains as faithful as possible to the original version designed by Gezol and Evil Records. Pressed on 3 sides of a DLP rather than the […] 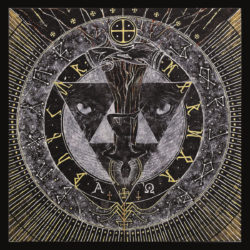 After several years in the making, it is Nuclear War Now’s honor to finally present this split album from Bunkur and Mordor, two of the most extreme and unorthodox bands in the doom metal subgenre. This release was first conceptualized in 2009, when Bunkur approached Mordor with the proposal that […] 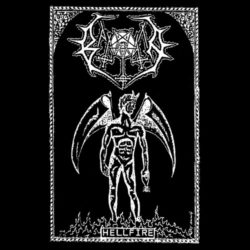 In 1992, Baxaxaxa released their only demo, called “Hellfire.” Originally released as a cassette in a very limited quantity, it was largely unknown until the Ungod/Baxaxaxa split release by Merciless Records in 2002. Baxaxaxa emerged as a side project of three other bands from the Bavarian region of Germany—Cabal, Fulgor, […] 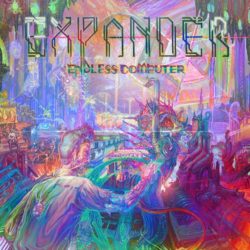 Expander has carved its own niche in the metal world with its unique blend of thrash with trace elements of hardcore punk, notwithstanding its unique exploration of atypical themes such as advanced technology, artificial intelligence, and mechanization. 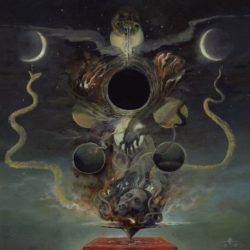 Chile’s storied history within the greater context of the South American black/death metal underground is extended with “Wrath of Darkness”, a joint LP from two of the country’s most respected current bands, Wrathprayer and Force of Darkness. Whereas most releases of this type are generally regarded as “splits,” owing to […] 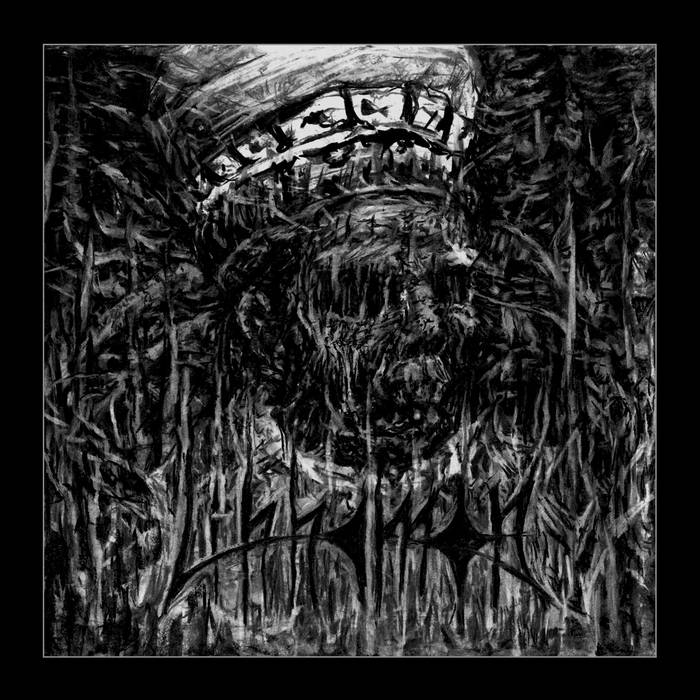 Hailing from the city of Leipzig, Germany, the site of one of black metal’s most storied live performances, Lihhamon arose unceremoniously in 2013 and set to work in relative anonymity, crafting its bludgeoning weapon of aural terrorism over the course of the ensuing two years before making its presence known […]