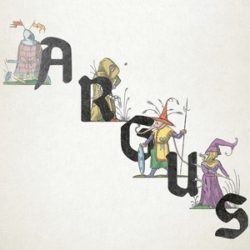 Sommor Records present a reissue of Argus’s self-titled album. Argus were an obscure British outfit with connections to Rare Amber and Julian’s Treatment. Their sound was hard-hitting bluesy hard-rock, similar to Hackensack or Killing Floor. In 1973, they recorded a five-track demo with the intention of securing a record deal […]