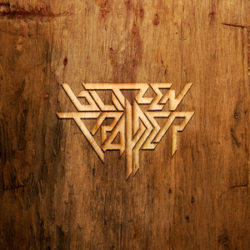 It was on September 23, 2008 that Blitzen Trapper, after putting out three albums on its own label, released its fourth full-length album, Furr, via Sub Pop. At that time, it was a record that captured exactly where the band’s frontman, Eric Earley, found himself, both literally and metaphorically, geographically and existentially. Not that the Portland-based musician actually remembers much about the creation of the record’s 13 intriguing, spellbinding songs. Or, more specifically, what its songs actually mean, either now or then. Instead, Furr, stands as a kind of tribute and elegy to the city that inspired it, but that, a decade later, no longer exists.

“What I was trying to do with those recordings,” explains Earley, “was capture this kind of atmosphere that I was feeling and which pervaded the city at that time. I think I was attempting to capture what Portland was at the time and what it felt like to me. That city is gone now. Old Portland, we call it, but Old Portland has disappeared. But this record gives me the feeling of those times and this city— when it was poor and dumpy and really drug-addled. And it also captures the magic of the outlying rural areas that has slowly changed as well.”

A decade on from the release of Furr, has released five more critically acclaimed and achingly beautiful records. The band hasn’t loosened its ambitions, either. In 2017, the band put together Wild And Reckless a full-production theater event that ran for a month at Portland’s Center Stage theater and which also spawned last year’s full-length of the same name. There are plenty of plans for the future in the works, too. But for now, just for a little while, it’s time to revel in the joy and sorrow of a time and place that no longer exists—except of course, in a few hearts and minds, and in these wonderfully wistful songs.