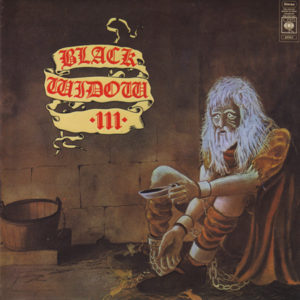 These guys have sometimes been described as a Black Sabbath-like band, and the name Black Widow itself invites a comparison. Yet if that had any validity at the start of their career, by this, their third album, they really sounded more like solid mid-level British prog rockers than satanic hard rockers. This is really closer to early King Crimson and Emerson, Lake & Palmer territory than Black Sabbath, given their lengthy, shifting compositions; stress on forceful organ and vocal harmonies; substantial jazz, classical, hard guitar rock, and folk influences; and the color supplied by Clive Jones’ sax and flute.