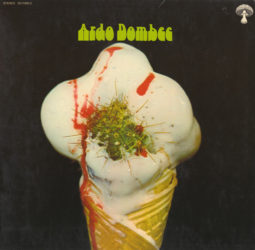 The intricate rhythms and jazzy touches of this Hamburg band were at the time quite unusual for the Pilz label, specialised in folk music. The reissue LP features two tracks, which were included on a compilation album, and another two songs from a never released Pilz 7″ single as bonus tracks. The 4-page insert includes a lengthy band story in German and English language, some photographs and label repros, a discography and the detailed history of Rolf Ulrich Kaiser’s Pilz label with lots of new information. The original gatefold cover was reproduced accurately, as usual on Garden of Delights. Originally released in 1971.